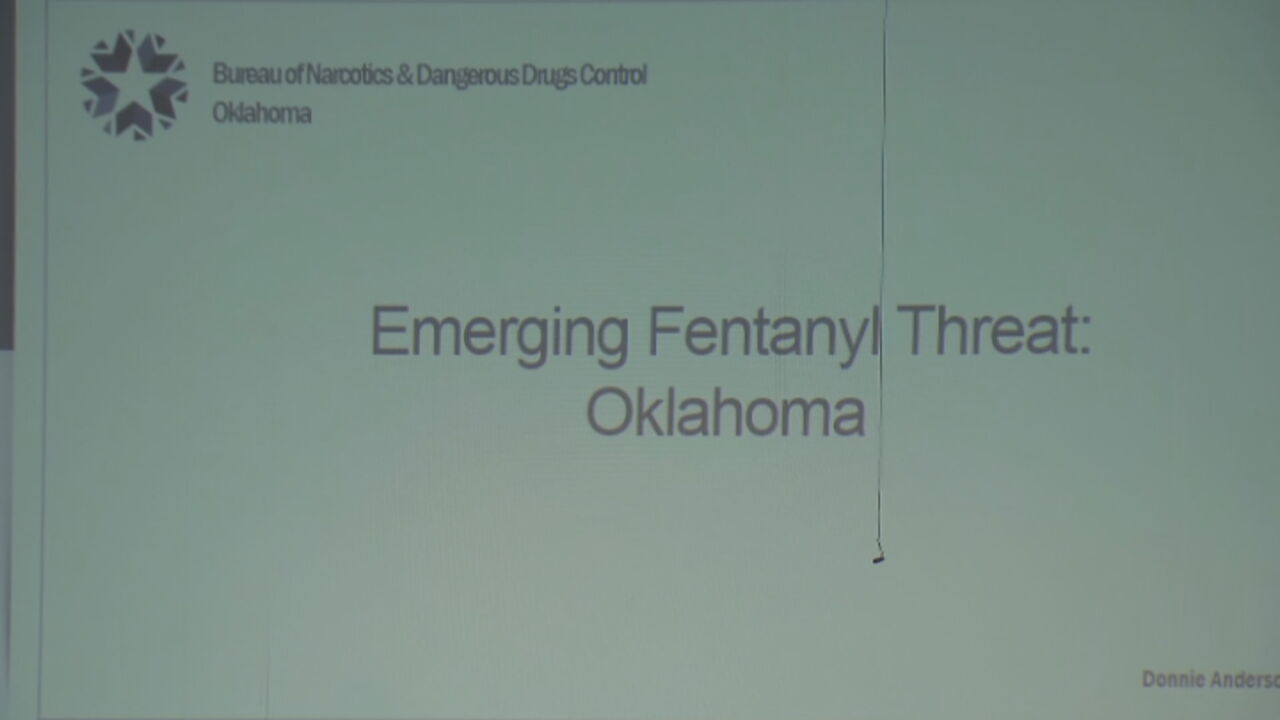 The City of Wagoner held a Town Hall to warn everyone about the deadly effects of fentanyl. With the numbers of Fentanyl-linked overdoses rising across Oklahoma, Wagoner Police Chief Bob Haley said there is more to be done.

That’s why the city is partnering with several programs to fight fentanyl use.

Wagoner County District Attorney Jack Thorpe said the current street price of Fentanyl is $2.50 per pill, making it one of the most affordable and accessible drugs on the street.

“Right now, the leading cause of death from 18 to 45 year old's is opioid related death in the United States of America,” Thorpe said.

Fentanyl distribution and use is on the rise nationwide and in Oklahoma. The CDC said as of April 2021, there were more than 100,000 overdose-related deaths in a 12-month period across the nation.

“We’re dealing with it on a regular basis. Traffic stops, being called to residences for different things, illnesses, overdoses, things like that,” Haley said.

Wagoner Police Chief Bob Haley said the phrase “say no to drugs” isn’t as effective as it used to be.

"A lot of times when you hear something over and over again, you disregard it. It’s still true, ‘just say no,’ that’s the best way to avoid it to begin with, but unfortunately, that’s not what happens,” Haley said.

Programs like the Working To Recover, Assist, and Prevent (WRAP) Project help educate and support people who suffer from addiction and want to recover.

Katelynn Churches works for the program and said they have seen an increase in people asking for help.

"Since the last six months, Wagoner really came together and talked about a lot of things and it’s honestly got us a lot more clients actually wanting to reach out and ask for the help because they know it’s there now,” Churches said.

Chief Haley said most cities offer programs like WRAP to help people who want to beat drug addiction. Information can be found online by searching for programs in your area or by contacting a local hospital.