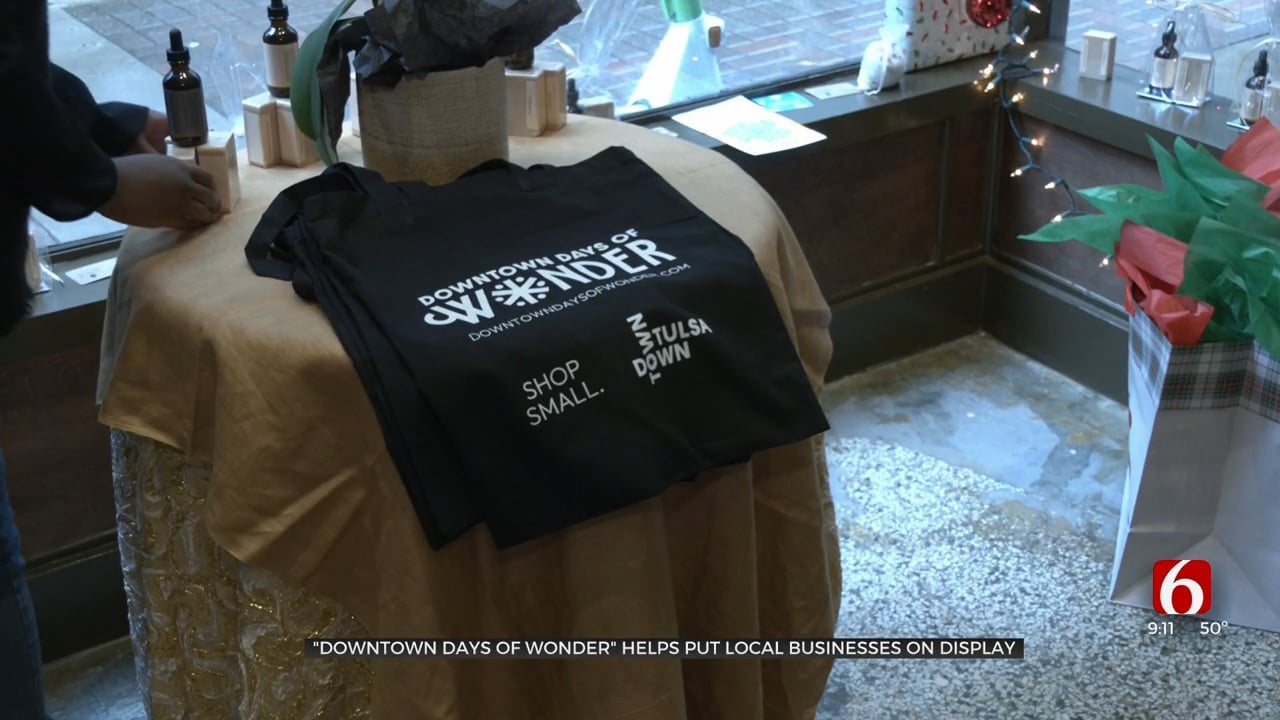 Pop-up shops are taking over some Downtown Tulsa storefronts.

Eight businesses are moving into vacant spaces for the holiday season.

Fallon Dickson was living in San Diego and working in accounting when the stock market crashed in 2008.

She decided to leave her job and move back to Tulsa to start a new chapter.

Dickson became interested in creating all-natural haircare products because she couldn't find the right products for her hair.

“It was the frustration of finding products to really nourish my hair,” Dickson said.

She decided to make her own, and Dickson spent a decade researching different ingredients and testing dozens of recipes.

Once she found the perfect formula, Dickson launched a business, Tropical Origin.

"Living in Tulsa has been great because I have been able to actualize my dreams. I know I couldn't have gotten this far living in LA or New York City or even San Diego working full time trying to build a beauty brand,” Dickson said.

Dickson spent two years building up a following and selling her products online, but now she wants to connect with more people in the community.

"This year I decided I needed a storefront location,” Dickson said.

Dickson opened up a storefront as a part of the Downtown Days of Wonder Pop-up Shop program.

Brian Kurtz helped put this program together and says he wants the eight local businesses participating to be successful and for Tulsans to shop locally.

"Downtown Tulsa, 95 percent of our retailers are small businesses locally owned by Tulsans and that is a friend or a family member of ours and parents of the children at our own children's schools,” Kurtz said. “They're hiring Tulsans, they're keeping their money in the local economy, and rather than spending our dollars and sending them over to another state or even another country we are keeping that money local here in our economy."

Dickson says she's excited to have the opportunity to grow her business.

"I'm really hoping that people come out and support not only my business but all of the businesses,” Dickson said.

Dickson and the other participating businesses will have their storefronts through January 16th.