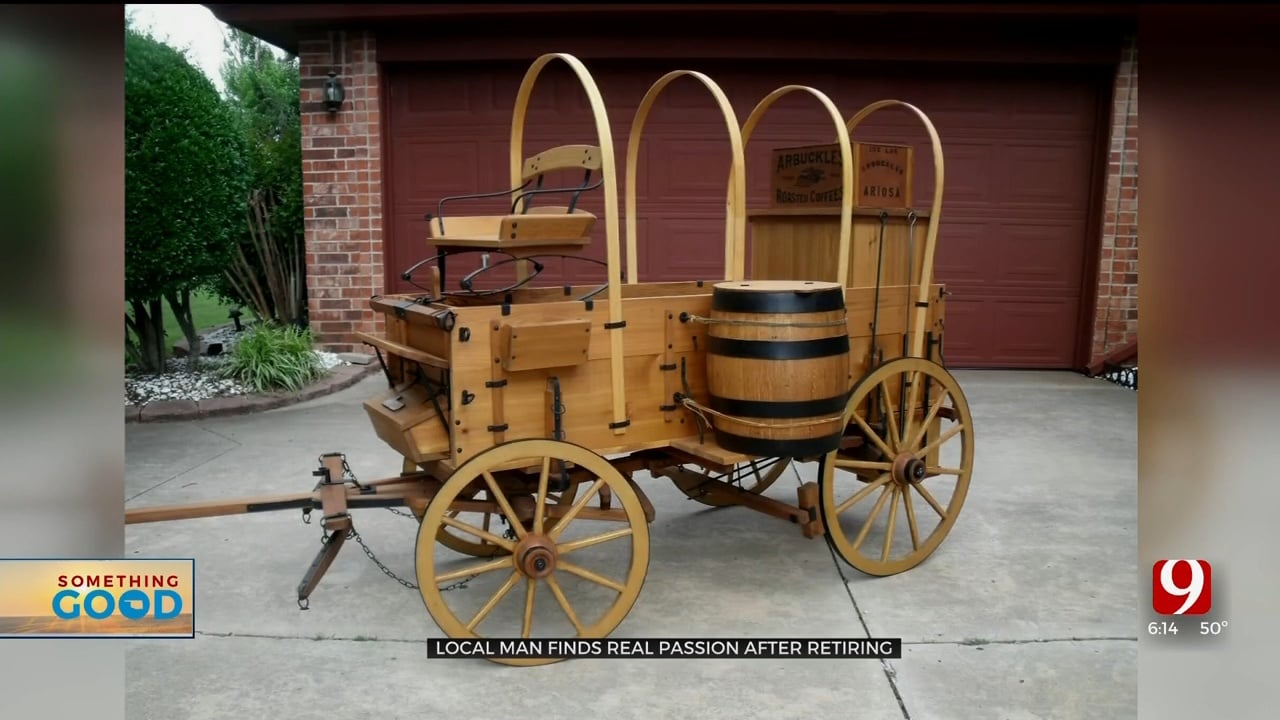 Gary Manzer has always been one for projects, so when he retired as an environmental geologist 10 years ago, it gave him just the time he needed to pursue his real passion.

“I needed to get some time to spend woodworking because that was always a passion of mine, but I never had a lot of time for it,” Manzer said.

Initially he began tackling those projects he had put off over the years.

“Woodworking, painting the house, you name it, I had a lot of projects lined up to do,” Manzer said.

He eventually built planters and benches for the yard, and a two-story cat house for the stray cats.

“I built two dressers and a nightstand and that took me about a year and a half,” Manzer said.

Then everything shifted one day, on a drive home from Guthrie.

“I saw a wagon sitting at a front gate, and I looked at that wagon sitting there, and I said wow, I like the way that looks,” Manzer said.

Consumed with the possibilities, Manzer spent weeks researching the details of real chuck wagons on the internet.

The half-scale version of a real chuck wagon has all the working parts of an 1870 to 1890 wagon, and even with his determination the whole project took him about eight months.

“He can’t sit still and just relax; he always has to be doing something,” Angela Sanders, Manzer’s daughter, said.

“Watching him spend so much time and so much heart on this, I think, is what really sets it apart,” Sanders said.

Now that it’s done, what will he do with it?

“I’d like to have it somewhere, where people could enjoy it and see it,” Manzer said.

Manzer isn’t sure what his next project will be, but whatever it is, it is sure to be just as impressive.