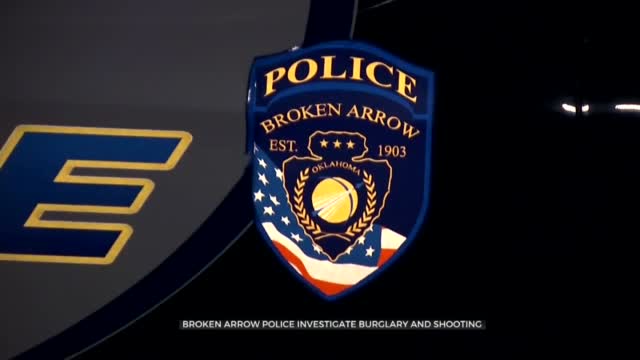 A man is in the hospital on Wednesday morning after he was shot by a homeowner during a break-in in Broken Arrow.

Broken Arrow Police said the homeowner confronted the man and shot him twice. Detectives said the men knew each other and had a dispute.

According to Broken Arrow police, they received a call about a possible burglary a little after 8 p.m. Tuesday night near the area of South Ash Place. Police said when they arrived at the home they found that the homeowner had shot the suspect that came into the house.

The suspect was shot in the upper torso and taken to the hospital for serious injuries, according to police.

"We do have a 41-year-old man in custody, he's going to be charged when the paperwork is submitted to the DA with first-degree burglary. He does have two gunshot wounds but is in stable condition," Chris Walker with Broken Arrow Police said.

According to Broken Arrow Police, the homeowner was not injured during the shooting.

Police have not yet released the name of the suspect.