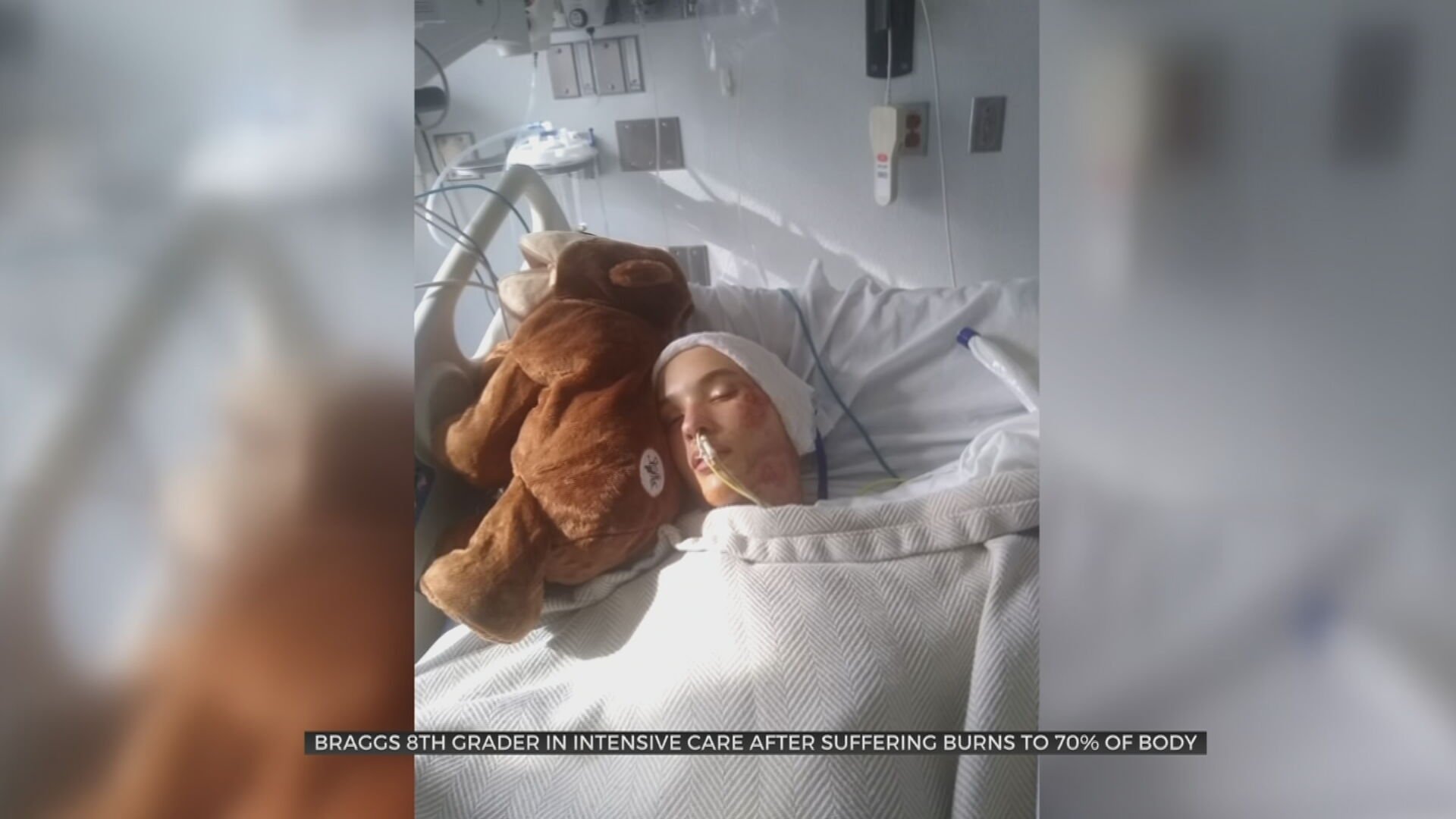 A Braggs 8th grader is in the ICU after suffering burns on more than 70% of his body during a bonfire accident.

14-year-old Easton Muskrat has a lot of love and support, but he has a very long road to recovery after this incident Saturday night.

It happened when Easton went to tend to the fire with a gas can, but spilled gasoline on his clothes, panicked, and dropped the can which ignited. As Easton's clothes caught fire, his little brother ran inside their parent's house to get help.

Easton's stepmom Anna Muskrat and her husband Matt ran outside and leapt into action.

"He was so scared. My husband grabbed him around the waist and threw him on the ground and he landed on his back first and he flipped him over and he finally got the fire out," Anna said.

While Anna called 911, Easton's dad ripped off Easton's charred jeans to keep them from sticking to his body.

"He's in excruciating pain and it's such a helpless feeling as a parent, there's nothing you can do," she said.

Since then, Easton has fought hard. After days of state-of-the art treatment at the Shriners Children's Hospital in Galveston, he's awake, off life-support, and getting back to being himself.

Support from his father has kept Easton going.

"He wants to be strong for his dad," Anna said.

With his dad's motivation, doctors think Easton will even be able to play baseball and pitch again.

"His dad is his hero, and that couldn't be more true. His brother and his dad literally saved his life," Anna said. "We have a future in store for us, he's coming home."

Relatives said it'll take months of recovery, but things are looking up for Easton. You can help his family through a GoFundMe link here.