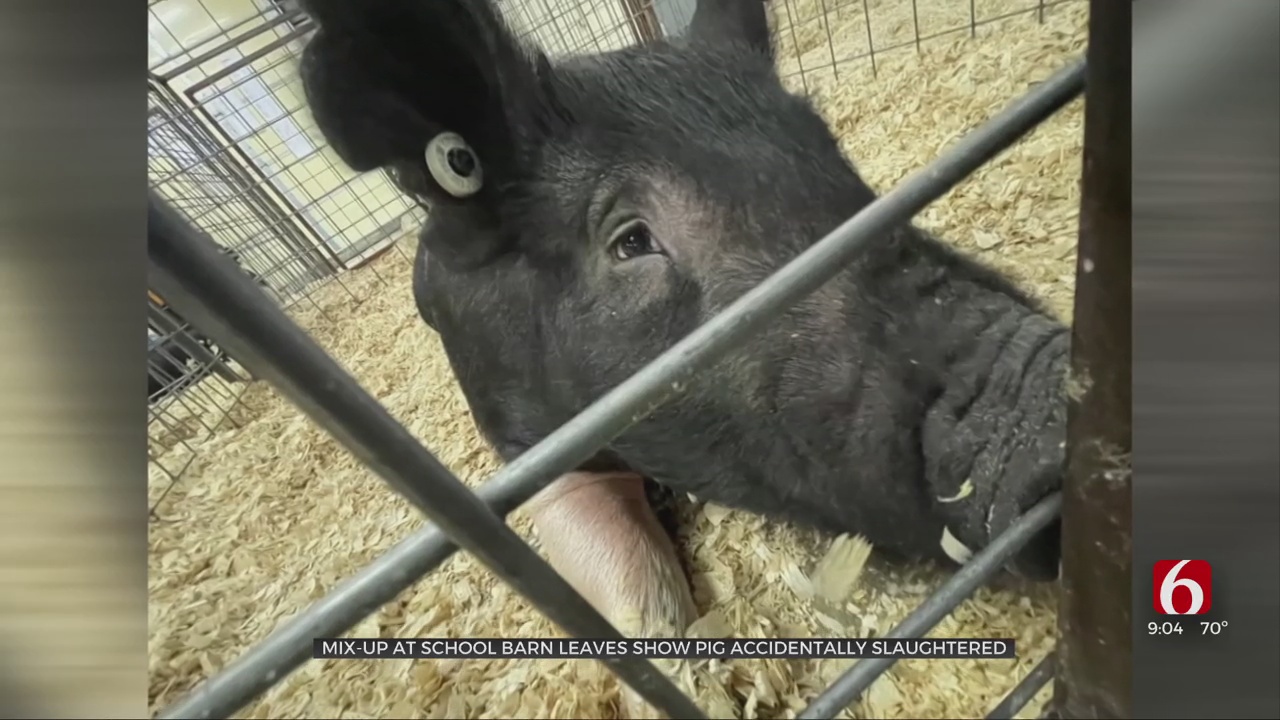 This is the time of the year when students who show livestock would sell or butcher their show animals if they don't plan to breed them.

When William Covey came to the Sand Springs agricultural barn two weeks ago, his show hog was gone.

Covey said he found out another parent accidentally loaded up his hog by mistake and took it to the butcher.

Covey said the Future Farmers of America told him this was an honest mistake that rarely happens.

"I've talked to probably 15 Ag(ricultural) teachers in Oklahoma, and including Texas, and they all said it's never happened on their FFA farms, barns or anywhere that they heard," Covey said.

Covey said his family planned to breed the animal.

Many kids spend a ton of time working with their show animals. They quickly become attached to them.

"I did probably three hours a day walking it, playing with it," Covey said.

Covey’s agriculture teacher said the parent who made the mistake is trying to make it right by paying double of what the pig was initially worth.

Covey is upset and left wondering if he will get what he said the show pig is worth. He hopes no one experiences the pain he’s feeling.