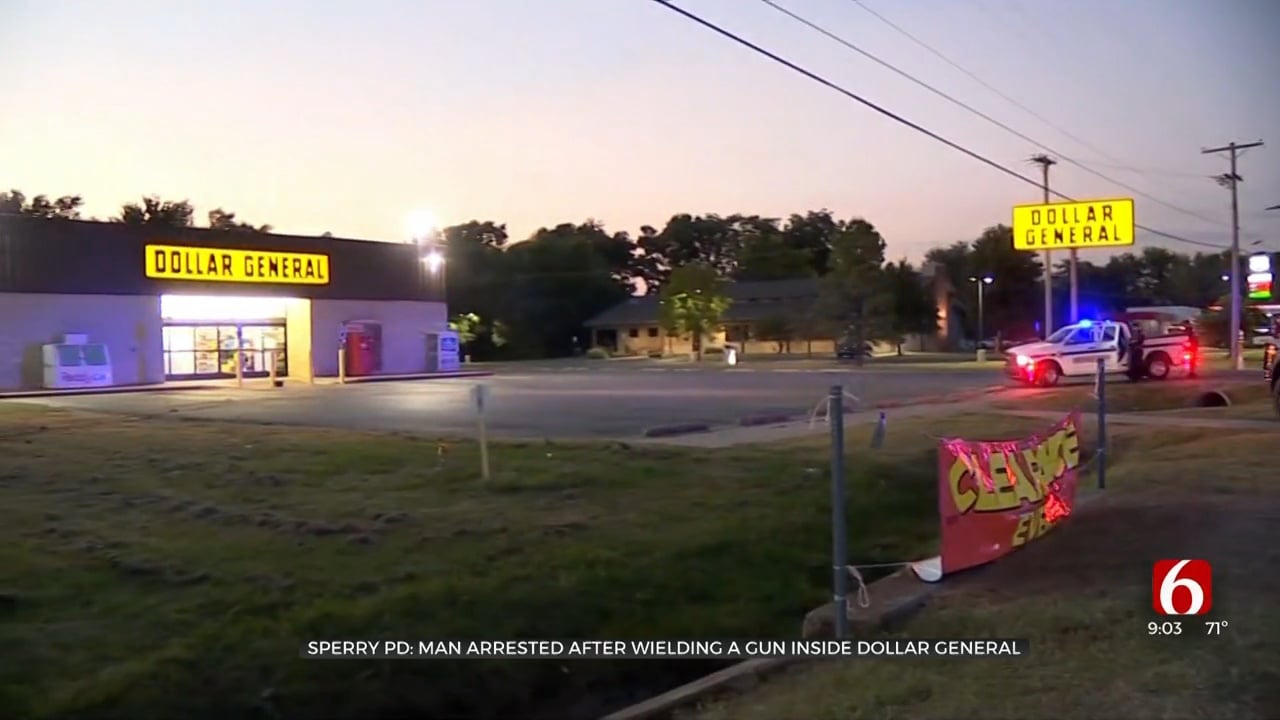 Police say a man is in custody after he ran into a Dollar General with a gun.

Sperry Police said the man drove erratically through a ditch to the store parking lot before running inside just before 7 p.m. Sunday.

They say he scared most of the customers out of the store but did not hurt anyone.

Witnesses captured the moment Sperry Police arrested the man outside the store.

Police say his car was towed.