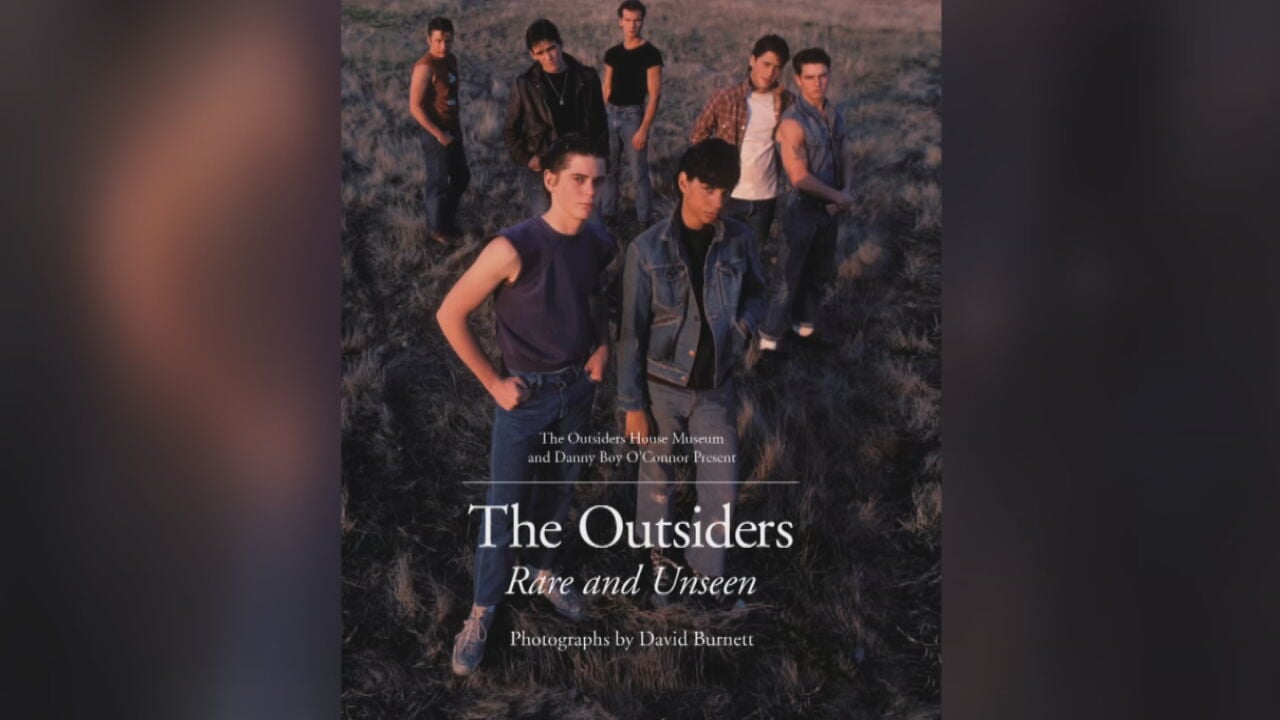 A new book showcases more than 100 never before seen photos from the movie, “The Outsiders.”

Inside The Outsiders House Museum, acclaimed photographer David Burnett's pictures are framed throughout the house.

"These were never seen until we displayed them in the museum three years ago. And that's when we had the talk that there's more,” Executive Director, Danny Boy O’Connor said.

Now, fans can have Burnett's newly released photos in their own homes.

"He said, 'Danny I have over 150 unpublished shots. Why don't we make a book?'" O’Connor explained.

Sitting in the living room of The Outsiders house, O'Connor showed News On 6 his latest project: "The Outsiders Rare and Unseen."

"There are just so many unseen gems,” he said.

It's full of posed and candid shots from nearly 40 years ago, when the movie was filmed.

"This is obviously one we can't show on TV, which is great, you'll have to buy the book," O'Connor said.

The book is only available in the museum's gift shop and on its website.

"This is what you want in a franchise,” O’Connor said. “Where it's classic, it's timeless and it's being rediscovered. So 2022, and we're still here talking about it."

A timeless story, with more memories to look back at than ever before.