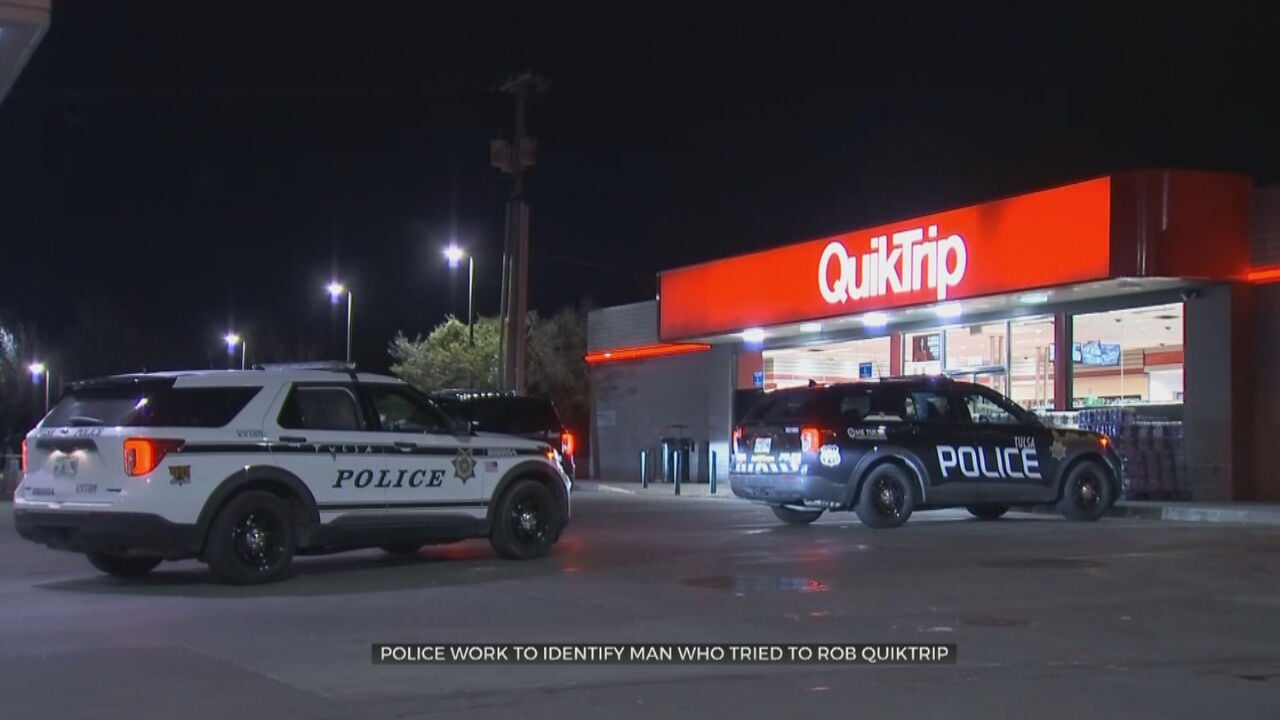 Police are working to identify a man who they say tried to rob a Tulsa QuikTrip early Wednesday morning.

Police say it happened at the QuikTrip near East 11th Street and South Harvard Avenue at around 1 a.m.

According to police, a man wearing a mask walked into the store and implied that he had a gun and wanted all of the money in the register.

Police say they think customers inside the store scared the suspect off before he could take anything.

Nobody was injured in the attempted robbery and police are now working to find the person responsible.