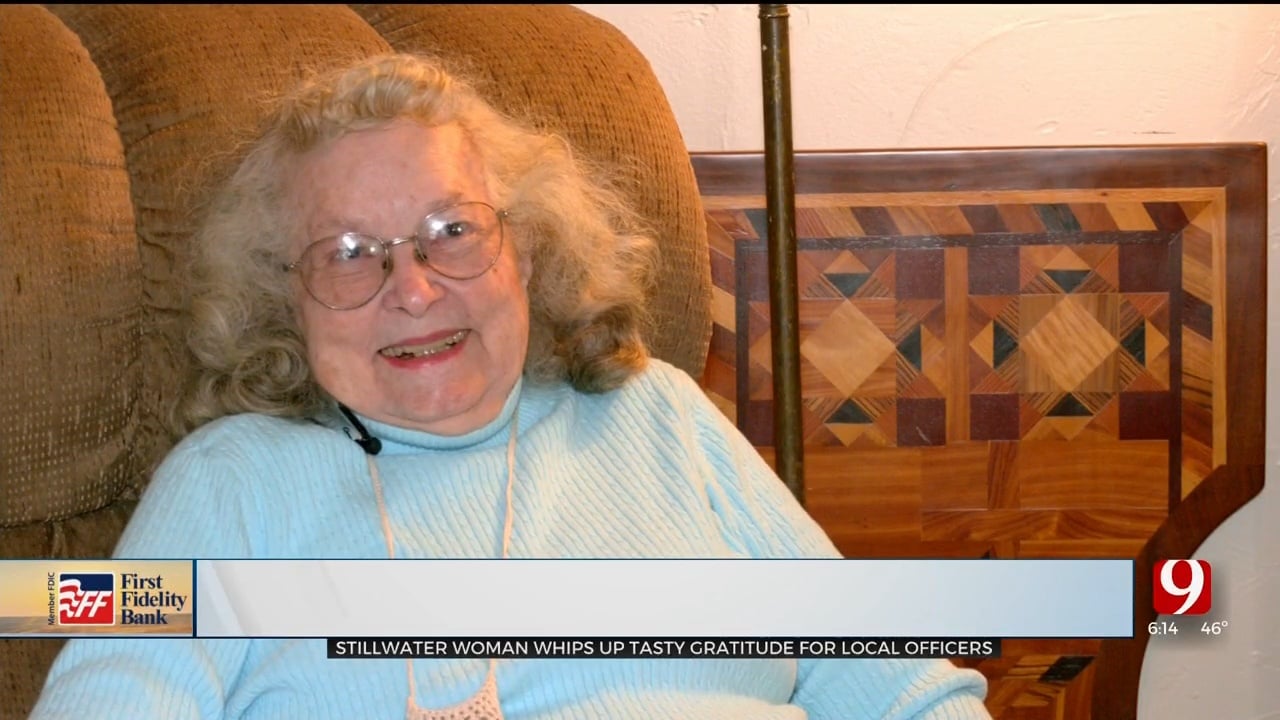 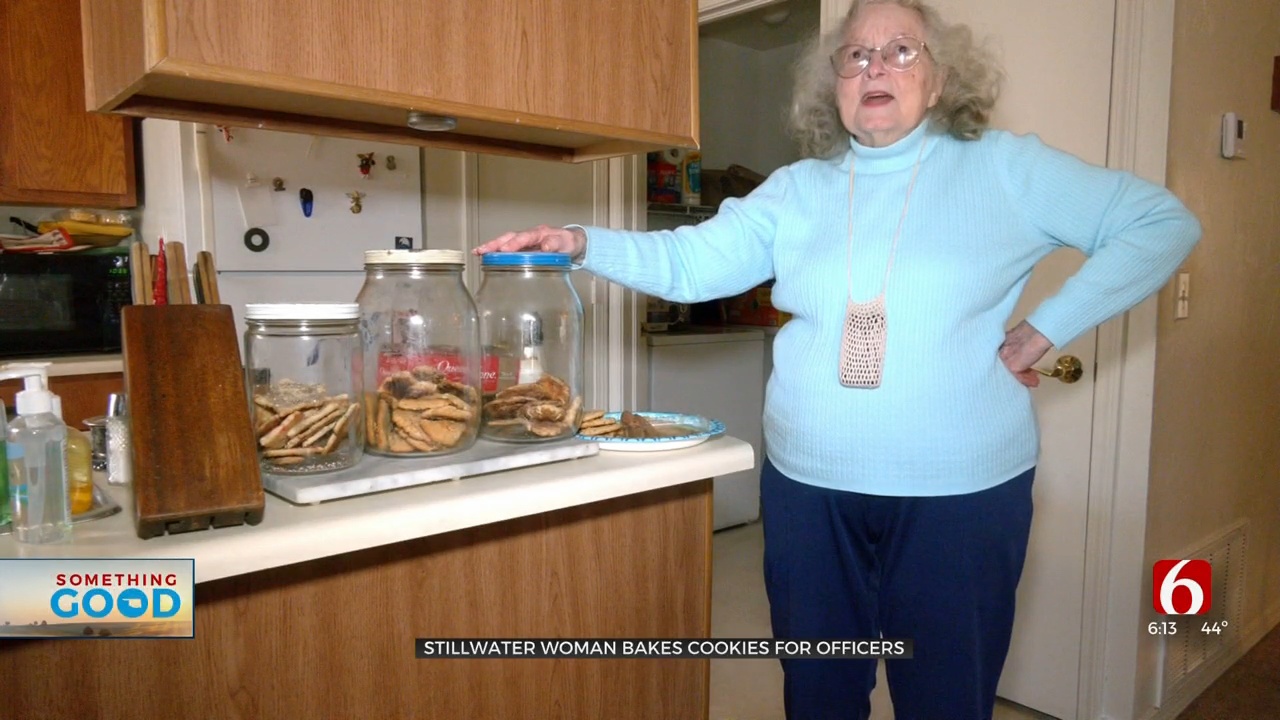 Being a police officer is tough and oftentimes unappreciated, but Evelyn Grover in Stillwater refuses to let that be the case.

“About three years ago, everybody was talking against the police, and I thought nope, that’s not going to work,” Grover said.

At 95 years young, Grover has a special relationship with the Stillwater Police Department.

“I called them, and they were here almost before I hung the phone up,” Grover said.

So, Ms. Grover made a call to the department, to do something special, for her special friends.

“I said would it be alright if I made some cookies?” Grover said.

And that was the start of something good.

“About every month, I get a call from Ms. Grover saying hey, TJ I’ve got a bag of cookies for you guys so come and get them,” Lieutenant TJ Low with the Stillwater Police Department said.

For Ms. Grover, it’s all about the variety.

Along with the cookies has come a great friendship.

“I’ll run down to her house and end up being down there about 30 to 45 minutes, so I have to carve some time out of my day if I know Ms. Grover is going to be making cookies that day,” Low said.

“I said can I unofficially adopt you as my son,” Grover said.

In one of the most stressful jobs, a little appreciation means a lot.

“She doesn’t ask for anything in return, all she ask for is a hug and man, that is probably one of the best things to happen,” Low said.

“It was just my way of showing the police department that somebody cared about them,” Grover said.

Ms. Grover plans to keep showing her appreciation for as long as she is able to.