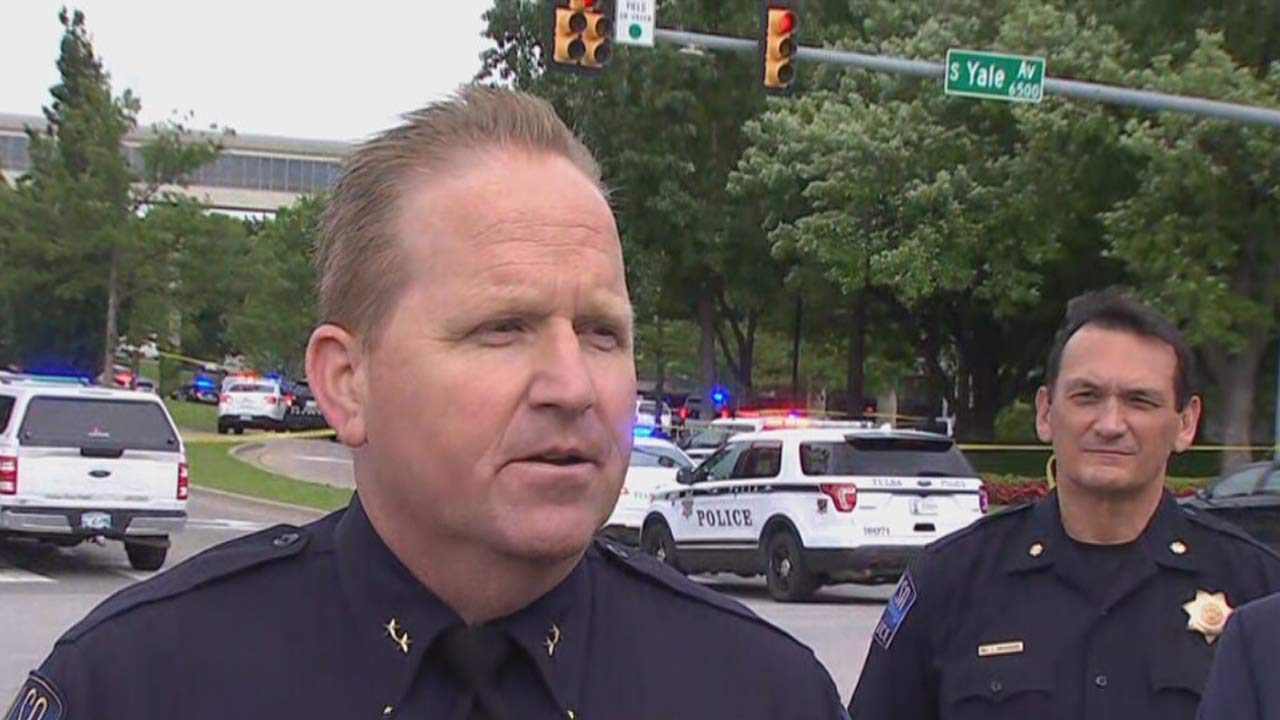 Four people were killed Wednesday afternoon after a shooting at a doctor's office in Tulsa. A fifth person believed to be the suspect, died by suicide, Tulsa Police confirmed.

Officers were called Wednesday afternoon to the Warren Clinic near 64th Street and Yale Avenue, where a shooter entered the building with a long rifle and a handgun.

A representative from Governor Kevin Stitt's office says he has talked with Mayor G.T. Bynum to express his condolences and offer any state resources that may be needed. President Biden was briefed on the situation in Tulsa:

“Cindy and I are heartbroken to hear the devastating news out of Tulsa this evening. We are praying for the families of the lives that were taken far too soon and for a full recovery for those who were injured today. It is hard to process the anger that motivates someone to commit such violence, especially at a place that provides care and healing.” “I am in touch with local officials in Tulsa and will continue to receive updates on the situation. Our law enforcement and first responders were prepared and equipped to respond to a situation to which no one ever wants to respond. I’m grateful for their quick reaction to prevent any further loss of life.”

Saint Francis Health System CEO and President Dr. Cliff Robertson, who was shaken up about what happened, spoke about the quick response from Tulsa first responders.

"I can't stand here and not thank the first responders in this city I mean look around the response has been incredible I don't know I've truly understood just how important our responders can be in our every day," said Dr. Robertson.

Tulsa Police have not yet released the name of the shooter or the victims killed.

New details about the shooting are expected on Thursday morning from Tulsa police and Tulsa Mayor G.T. Bynum at a news conference that will be held at the hospital at 10 a.m.