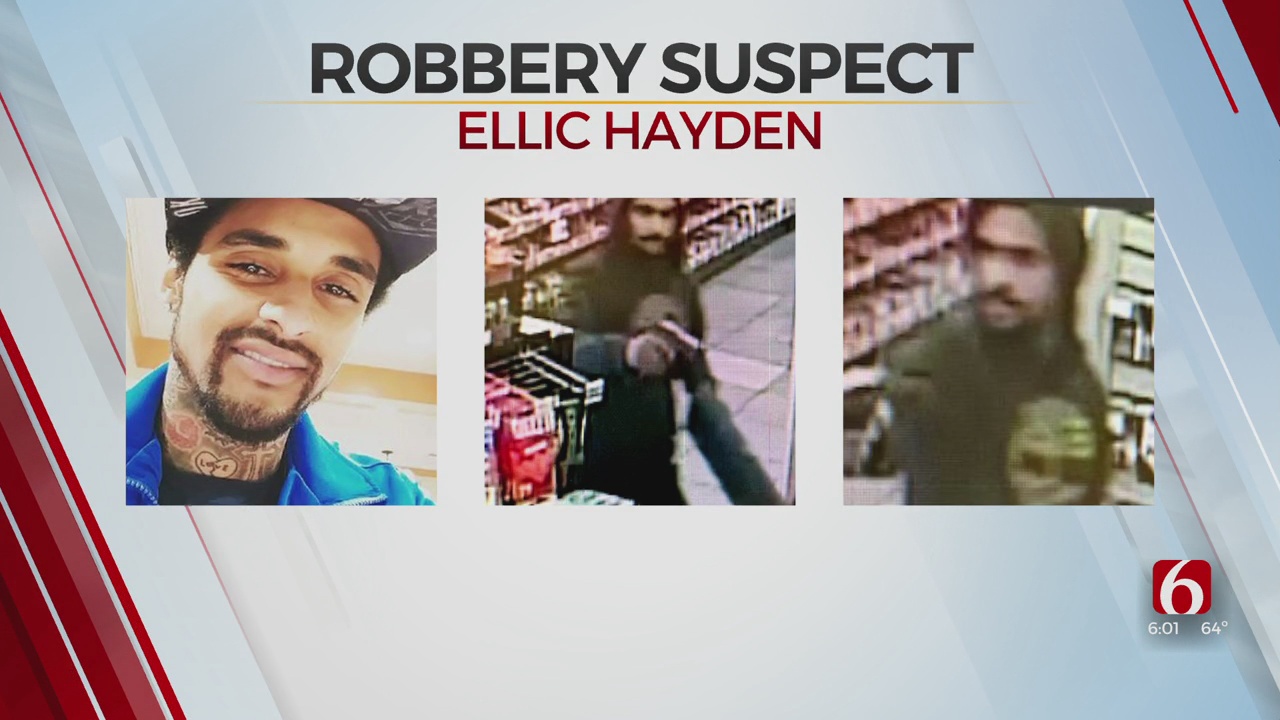 Coweta Police have named a suspect in connection to the armed robbery at a Coweta convenience store in November.

Police said 27-year-old Ellic Edward Hayden, of Tulsa, is the sole suspect in the robbery that resulted in a clerk being shot multiple times and suffering serious injuries.

Hayden is 5-foot-6 inches tall, 130 pounds and has light brown skin, according to authorities. Hayden has a warrant out for his arrest in Wagoner County.

Coweta Police are working with multiple agencies to find and apprehend Hayden.

If you or someone you know has information on Hayden's whereabouts, contact the Coweta Police Department.