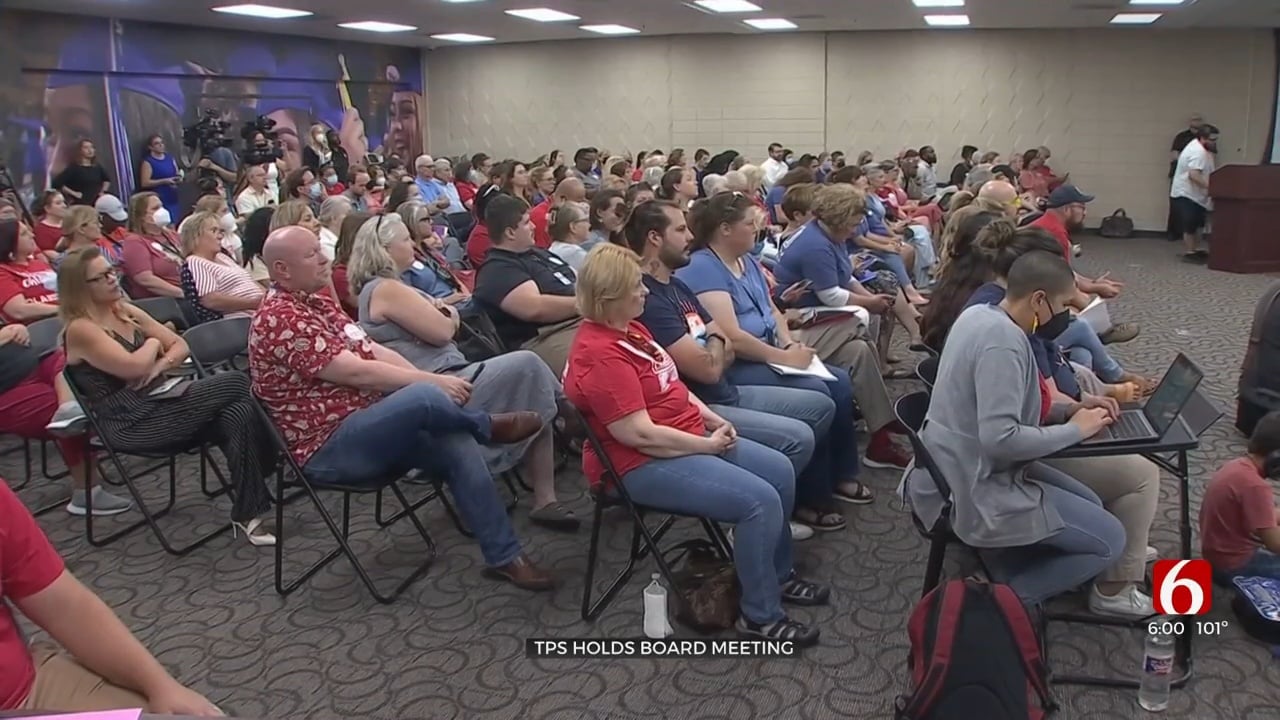 Three days after three board members walked out of a Tulsa Public School Board meeting, tensions continued to rise as the board met again.

Security escorted a woman out and board member E'lena Ashley and Board President Stacey Woolley exchanged words over meeting rules.

The meeting, tense at times, gave the board an opportunity to vote on and discuss 15 agenda items, from technology upgrades to tutoring. Those items were supposed to be discussed at Monday’s meeting, but were pushed to Thursday after the walkout.

This all comes as TPS faces a state audit, after the district discovered at least $20,000 in mismanaged funds.

Ashley and board member Dr. Jennettie Marshall asked Governor Stitt for the audit and have been critical of what they call the district’s lack of financial transparency.

After the agenda items were passed, Superintendent Dr. Deborah Gist said that they were prepared Thursday with documentation, which some board members wanted to see.

"They expect us to work together as adults and to get these things done so our schools can function effectively," said Gist.

TPS Board Votes Down Internal Audit

TPS Board Votes Down Finance Items On Agenda During Meeting